An American Dream – The Storm

(Forgot where we left off? Re-read Episode 1)

The drive to work was a long one. Bob missed two lights and sat for over a minute at the stop sign on Fourth because he couldn’t stop obsessing over his neighbor Tim’s new RV. It wasn’t until a little old lady in a Buick flipped him the bird as she pulled around to pass that Bob pulled himself together.

He needed to get to the lot.

If RV Superstore was really a threat—and he couldn’t deny that after they stole the sale of a lifetime right out from under him—he needed to start fighting back. No more waiting for sales to come to them. No more assuming the community would stand by him just because he’d been around for twenty years. He needed to do… something. But what?

Bob pulled onto the lot and parked his truck in an empty space next to the office. He sat for a second, like he’d done at the stop sign. On a normal day, the gleaming RVs and campers positioned across the asphalt filled him with a sense of pride. Not today. Today, all he could focus on was that they were still there—a whole lot, full to the edges with inventory that wasn’t moving.

God dammit. He got out of the truck.

“Steve!” Bob’s weekday sales guy was leaning against the window of the office. “Call Tony and Marcus, and tell them to get down here.”

“It’s Tuesday. Why do we need three salesmen on a Tuesday?” 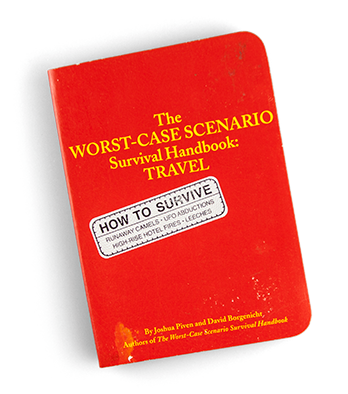 “Just do it.” He smacked the window on his way passed it, startling Tony into standing up straight. A lot of changes were headed their way, but they could start by looking like they wanted to have people’s business.

The inside of the sales office was warm and familiar, filled with the comforting smell of roasting coffee. Like the lot, Bob was usually filled with a contented sense of pride when he walked in. Today, chairs he’d always thought of as comfortable just looked outdated. A waiting area he’d always considered intimate and homey just looked small. Nothing like the brand new RV Superstore office, with it’s two-story floor-to-ceiling glass windows and shiny tile floors.

Bob entered the walled-in corner that served as his personal office. He powered up his computer and checked his email. Two flyers from vendors announcing new inventory, a sale alert from Dick’s about a set of golf clubs he’d had his eye on, and a forward from Angie. He opened the email from his wife and shook his head when he saw it was a reminder for a chamber of commerce mixer. She knew he’d rather gouge his eyes out than go to one of those things.

A quick check of the voicemail revealed two messages—one from a customer with a warranty question, and one from a manufacturer sales rep checking in on business. Bob ignored the rep call but called the customer back, spending five minutes easing the man’s mind and twenty minutes talking about his latest fishing trip.

When he hung up, he stuck his head out to check on his team. They were nowhere to be seen, but Marcus’ ten-speed was leaning against the far wall. That kid really needed to get a car. Who wanted to buy an RV from someone who didn’t even drive? Bob picked up the phone and hit the button for the lot intercom. “All employees, please report to the sales office.”

His team would laugh at the formality, but the speaker could be heard by every business on their block and it was time they started taking themselves more seriously.

Steve and Marcus strolled in chuckling, and grabbed seats among the four chairs that constituted their waiting area.

“Where’s Tony?” Bob asked. Tony had been with him the longest—over ten years working together on the lot.

“Not coming,” Steve answered. “Said he’s busy, and he wasn’t on the schedule, so…”

The acidic taste from earlier, talking to Tim, was back. “Did you tell him it was important?”

“I mean, I figured it was, but you didn’t say why. I don’t think it would have mattered, though. Tony was pretty quick to get off the phone.”

Fine. He’d deal with that later. For now, he’d work with what he had. “All right. Let’s get started then. I called this meeting because—”

Steve raised his hand. “Real quick, since you’re both here. Do you care if Marcus comes in on Thursday instead of me? My daughter’s got a ballet thing.”

Bob took a deep breath. “Sure. Now, the reason I called this meeting—”

“Thanks. My wife records them, but it’s not the same and Maddison asked me herself if I’d come. Cutest damn thing you’ve ever seen in your life.”

Marcus grinned. “She is pretty adora—”

“Guys!” It was like herding freaking cats. Bob stared them both into silence. “I called this meeting because the business is in trouble.”

There was a long pause before Marcus braved a quiet “What kind of trouble?”

Bob pressed hard on the space between his eyebrows. “RV Superstore is kicking our ass. People think we went out business. We’ve got to do something.”

“I don’t know,” Bob answered. “That’s why we’re having this meeting. We need ideas. I know you guys don’t want to look for new jobs anymore than I want to go out of business, so… what have you got? What can we do?”

Silence filled the office. The three of them stared awkwardly—at each other, at the carpet, at the walls. Eventually Steve said, “We could do a commercial.”

“No one watches commercials anymore,” Marcus answered. “Between DVR and streaming services… I haven’t seen a commercial in over a year.”

Bob shook his head. “RV Superstore already bought up all the good billboard space. Have you seen them?”

A pink flush crept up Steve’s neck. “I kind of… tune out the billboards I drive past.”

“Then why the hell did you suggest it?” Bob’s opinion of his team was plummeting by the second.

Marcus jumped in, his face lighting up with excitement. “What about some kind of meme? Or like… a funny cat video? That shit goes viral all the time.”

Bob wasn’t even going to dignify that suggestion with a response. “Come on, guys. You’ve got to have better ideas than this. Your jobs literally depend on it.”

Steve frowned down at the carpet. “I want to help, Bob. You know I do. My family can’t afford for me to be out of work.”

“Me either,” Marcus chimed in. “I don’t have kids, but my student loans won’t pay themselves.”

“I just…” Steve looked up, apologetic. “We’re sales guys. Ask us to talk somebody into buying an RV, and we’re all over it. But getting people onto the lot—that’s not where we shine.”

Bob had hoped he’d be able to count on his team for some answers, but Steve was right. It was Bob’s business. It was his responsibility to figure out how to save it. No one else was going to do it for him. Still, he had no idea where to start. Maybe he should take Angie’s not-so-subtle hint and go to the mixer. It would be boring as hell, but at least there would be other business owners there. Someone had to know something, right?

“Okay,” Bob told his team. “I hear what you’re saying. Marcus, if you want to stay, go ahead. You never know. Maybe we’ll get lucky and a bunch of people will decide today is the perfect day to come buy an RV.”

Before Bob had even finished saying the “vee” in RV, a massive rumble of thunder rattled the windows. All three of them turned in what felt like slow motion, looking out the window as the sky opened up and let loose a curtain of rain. It pounded against the pavement of the lot with a ferocity that drowned out almost everything else.

Perfect. Just perfect. The storm was Bob’s last straw. No more being behind the ball. He would go the chamber meeting and pick the brains of other successful business people, but first there was something he needed to do. Grabbing a notepad and his keys off his desk, he told Marcus,“Throw your bike in the back of my truck. Your house is on my way.”

“On the way where?” Steve called after him.

Bob paused at the backdoor, waiting for a break in the downpour. “RV Superstore.”